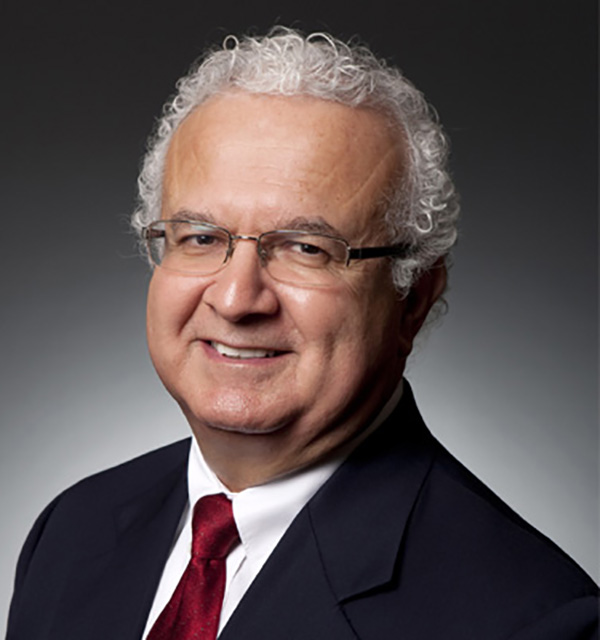 In May of 2020 Carlos was voted in as an Alumni Fellow of the Yale Corporation.

In the decades since Carlos Moreno graduated from Yale, the pursuit of justice has been his life’s work. After leaving New Haven, he received his J.D. from Stanford Law School, practiced law, was a prosecutor for the Los Angeles City Attorney’s office, and spent fifteen years as a trial judge before serving on the Supreme Court of California from 2001 to 2011. From 2014 to 2017, he served as the U.S. ambassador to Belize, focusing on citizen security, economic development, and other foreign assistance projects. He currently works as an independent mediator with Judicial Arbitration & Mediation Services (JAMS), serving clients in the state of California.

A first-generation Mexican-American and fluent Spanish speaker, Moreno was the third Latino to serve on California’s Supreme Court. During his tenure, he authored more than 140 majority opinions in cases ranging from LGBT rights to arbitration to insurance coverage. He has been recognized for his advocacy for gender equality, the rights of children and the disabled, and diversity in the legal profession. The Hispanic National Bar Association (2009) and Mexican American Bar Association Foundation (2011) both have honored him with lifetime achievement awards.

Moreno arrived at Yale in 1966, a member of what he describes as a novel and diverse undergraduate class—one that reflected major changes on campus and in society. It was, he recalls, “a real adventure. Yale was changing, not only in its student composition and background, but also in its acknowledgment of itself as an institution at the forefront of rapidly evolving national and international issues.” Having planned initially to major in English, he soon changed course, ultimately earning his bachelor’s degree in political science. As influential as his studies were to his thinking, the community he discovered along the way would, in many ways, have an equally significant impact on his path after college. In his senior year, Moreno became one of the founding members of MEChA de Yale, a student organization dedicated to social justice for those from underrepresented backgrounds. And over the fifty years since he received his diploma, Yale and its alumni have remained fixtures in Moreno’s life.

In 2009 Moreno was awarded the Yale Medal for his service to the university “with distinction for close to four decades in many volunteer roles,” including as a longtime member of the Alumni Schools Committee, as part of the Yale Alumni Association Board of Governors, and as a co-founder of the Yale Latino Alumni Association. In 2019 he was the keynote speaker for MEChA’s fiftieth anniversary, bringing his 1969 MEChA gavel with him.

A self-described “objectively reasonable optimist,” Moreno views the role of alumni fellow as an opportunity to support Yale’s academic and community priorities, and to reinforce the university’s commitment to being “emphatically student-centered.” That emphasis, he says, was emblematic of his Yale experience. For Moreno and his fellow students, “Yale was transformative, and Yale itself was also transformed.”